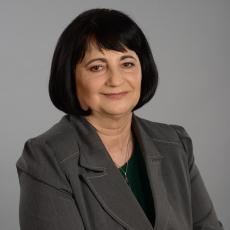 Mrs. Elena Cîrlig career begun as attorney with Brașov Bar, and afterwards as judge with Făgăraș Court of Law, with Alba-Iulia Court of Appeal and then with Brașov Court of Appeal. Her magistrate career reached the highest point when she was appointed to the prestigious position of Judge Inspector with the Superior Council of Magistracy, and in 2010 she returned to the Bar and joined Mușat & Asociații team of lawyers.

As a litigation lawyer, Mrs. Elena Cirlig assists and represents both local, as well as international clients, in the firm’s portfolio, in the following areas of practice: Civil & Commercial Law, Administrative Law, Corporate Law, Insolvency and Arbitration.

Mrs. Cirlig also coordinates the activity of Mușat & Asociații office in Cluj Napoca as back as 2011.