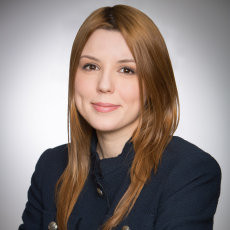 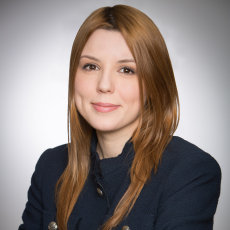 Iuliana acted as counsel in multiple commercial arbitration disputes administered under the auspices of major arbitral institutions (ICC, VIAC, SCC), across a wide range of sectors, such as privatization, construction and infrastructure, energy or international commerce, as well as in complex cases involving applications for provisional measures, annulment of Arbitral Awards or recognition and enforcement proceedings.

In addition, Iuliana assisted and represented numerous clients in front of the domestic courts of law in relation to complex litigations arising out of major infrastructure projects. As well, Iuliana assists clients in high-stake proceedings before the Court of Justice of the European Union.

Iuliana has been short listed on the panel of arbitrators of the Bucharest Court of Arbitration and acts as arbitrator.