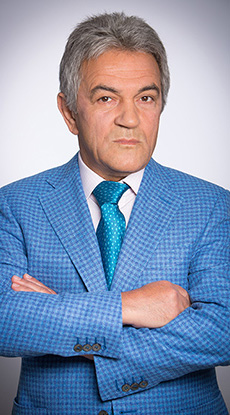 Apart from heading the management committee and overseeing the direction of the firm, Mr Muşat is constantly involved in the practice. He has been active for over 38 years and counts numerous successfully settled court cases heard before the Supreme Court of Justice and international arbitral tribunals.

Mr Muşat has a wealth of experience of foreign investors’ issues in Romania, and a profound understanding of the market, as well as on the legal and business trends. He is one of the ‘market builders’ of the business law practice in Romania, being involved as team leader in a variety of high-profile merger and acquisition transactions, as well as in most of the major privatization deals in Romania, acting either on the side of the Romanian Government or on the private buyers’ side, most of them multinational corporations or large local companies. He gathered unparalleled experience in Mergers and Acquisitions/Privatisation, Banking, Project and Corporate Finance, and Dispute Resolution (international and domestic arbitration included). Mr Muşat is a frequent lecturer on restructuring, privatisation and mergers and acquisitions matters, as well as on other issues regarding doing business and foreign investments in Romania.